Discussion of Twin Peaks TV Series, Fire Walk With Me, and Books

Forum rules
Welcome to the forum. We know our members are passionate about their love for all things Twin Peaks. You wouldn't be here if that wasn't the case. Despite having differing viewpoints it is a policy that we all treat each other with mutual respect.

Posting abusive, obscene, vulgar, slanderous, hateful, threatening, sexually-orientated, or any material that may violate any laws be it of your country or the country where this forum is hosted will get you permanently banned.

Posting of spoilers are allowed as long as you indicate (Spoilers) in the topic name and use the Spoiler Tag.
Post Reply
350 posts

Kyle photographed by Jennifer S. Altman for the LA Times.

Standees of The Giant, Laura, and Mr C. 1200px. Edit: I don't think the first two were officially released.

They do ship overseas Piero. I got 3 standees shipped to Ireland
Top

I have so many questions about these. Chiefly among them, 1) why release character so deeply connected to b/w scenes in color, and 2) who picked the girls' poses

] The gathered are known by their faces of stone.
Top

Yeah the deal with the standees is really, I guess in a fitting way, mystifying.
Recipe not my own. In a coffee cup. 3 TBS flour, 2 TBS sugar, 1.5 TBS cocoa powder, .25 TSP baking powder, pinch of salt. 3 TBS milk, 1.5 TBS vegetable oil, 1 TBS peanut butter. Add and mix each set. Microwave 1 minute 10 seconds. The cup will be hot.
Top

The Woodsman standee was re-released in black and white and is now officialy for sale at the Showtime store.

Laura, Audrey and the Giant are for sale again too, same pics as Ashok posted. Looks like the Woodsman is selling really well! Shocked they didn't use a black and white still of the "Giant" and call him the Fireman. The picture they chose for him is so unflattering of poor Carel.

It's unfortunate that the cast members they chose to release standees for clearly didn't have actual gallery photo shoot images to choose from so they had to choose these really awkward episodic stills. I know they took some gallery shots of some of the cast members present in the big finale at the Sheriff's station that were never released so I'm shocked we haven't seen standees for Cole, Albert or Diane using actual photo shoot images.
Top

Mädchen Amick has a new shoot for a Twin Peaks feature in the Feb 16th issue of "Us of America".
x 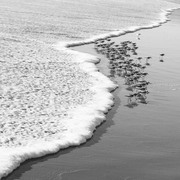 There's also Dana interviewing her in the same piece. Some great insight into Shelly in Season 3.

AnotherBlueRoseCase wrote:The Return is clearly guaranteed a future audience among stoners and other drug users.

Users browsing this forum: No registered users and 14 guests