There’s a new interview with David Lynch on the Lime Green Box set over at Home Media Magazine.com where David leaked a few details on the Mystery Disc which will include 32 Deleted and Extended Scenes from Wild at Heart, 16mm Film Experiments from the 60’s, and and the original Episodes of Rabbits. 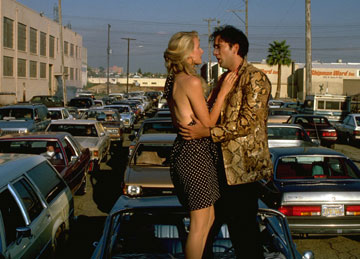 Here is an excerpt from the interview:

HM: Can you tell us anything about what’s on the mystery disc?

Lynch: I can. Screeners are going out so people are going to know. But it’s got some very important things in my book. One of the things it has is 32 scenes never seen before from Wild at Heart. Partial scenes, extended scenes and complete scenes from a work print that was found, so it’s funky quality, but all of them have been edited as much as I could edit them with what was available and all of them have been mixed. Also on that disc is, I had a foot locker, and this foot locker hadn’t been opened, well it was opened I guess in ’86, and but it hadn’t been open since the ’60s. It has 16mm experiments I did in Philadelphia in the late ’60s. One of the things is a fictitious Anacin commercial. Do you know what Anacin is?

Lynch: Anacin is like Aspirin. I don’t know what happened to Anacin. And then it’s got a thing called “Absurd Encounter with Fear.” And then a kind of montage of these 16mm experimental things with a few pieces from [short films] “The Alphabet” and “The Grandmother.”

HM: There are a few things you’ve done I know fans have been asking for on disc for a while — cancelled ’90s comedy TV series “On the Air,” Web series “Rabbits” and anything from the original “Mullholland Dr.” TV pilot, for instance. If not included on the new set, are there plans to bring any of that material to DVD?

Lynch: The original episodes of “Rabbits” are on the mystery disc. “On the Air” is not on there, nor is “Hotel Room,” but we’re working on those things. It’s always rights issues.

Thanks to neverwakingworld for the news! 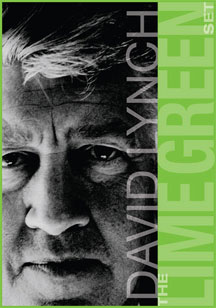