Congratulations to Charles de Lauzirika and everyone at CBS Home Video for winning the award of Best Retro Television Release on DVD at this years 34th Annual Saturn Awards. Charles also picked up another award for his outstanding Blade Runner DVD release. IDuring the speech, Charlie thanked Ken Ross and everyone at CBS DVD, the whole DVD crew, the entire cast and crew of Twin Peaks (including Ray Wise who was standing backstage with him before he went out and congratulated him on the way out), and the biggest thanks of all to Mark Frost and especially David Lynch. f anyone has a video link to the awards show acceptance speech, please send it on. Photo by Marla Rutherford. 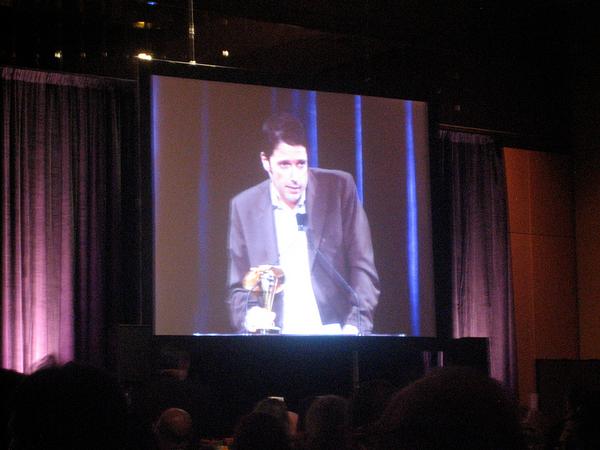