This weekend, I was able to catch a special screening of Jennifer Lynch’s new film, Surveillance. Up until seeing the film, I’ve read a bunch of really positive reviews of this film. I have been eagerly anticipating the release as it’s been almost 15 years since Lynch’s venture back into film. Let me just tell you that it was absolutely worth the wait! The film stars Bill Pullman, Julia Ormond, Pell James, Michael Ironside, Ryan Simpkins, French Stewart and Cheri Oteri. The film follows Pullman and Ormond as two FBI agents who arrive in small town to try and track a serial killer with the help of the killers would-be victims – all of whom have different perspectives of the horrific events that transpired.

The acting in this film is spot on. Julia Ormond and Pell James absolutely shine in this film. Early on in the film, it was great to see how Jennifer Lynch really defines the look and feel of the film giving it a voice all of her own. Stylistically, the look of the film is absolutely gorgeous. Surveillance is a rock solid film that really stands on its own. The sound design was very elaborate and Lynch used some great songs including the Violent Femmes “Add it Up”. The soundtrack also features a brand new song by her father, David Lynch titled “Speed Roadster”. I’ve been a big fan of her work since reading the Diary of Laura Palmer. I enjoyed Boxing Helena and felt it was really awful how Hollywood received it. I mean who couldn’t love Julian Sands in that film? Jennifer Lynch has again proven that she is very talented Director in her own right and I really think that Surveillance has serious potential to serious mainstream success with the audiences. Mark my words when this film becomes a huge hit.

The film has great dialogue and lots of very funny moments. I will say that without giving any spoilers, there is a scene in this film that is so sick and twisted, it will absolutely blow your mind. Without any hesitation, when this film comes out, GO F*CKING SEE IT! 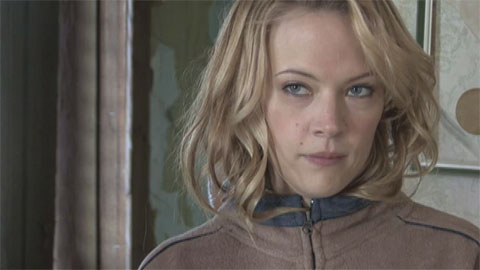