When I first saw Mulholland Drive in the theaters, when the Club Silencio scene came up, I would think to myself that for sure I saw Sheryl Lee sitting in the audience of the scene. Each and every time, I saw the movie, I was sure that it was her. However, she was nowhere on the cast list, nor did Universals publicity make any mention of this. I dropped it after a while, however, knowing the DVD was going to be released soon, I asked Lynch in his chat room. Here is his response:

dugpa_ [8:01 PM PST]: In the Club Silencio Scene sitting in the theater, on the left side of the screen there is a lady that looks a lot like Sheryl Lee. Was that just my imagination ?

However you will note that my memory didn’t server me correctly, as I asked about the left side of the screen, and not the right. However after seeing the DVD, I can’t help but wonder if this isn’t Sheryl Lee, then it has to be her twin sister. I mean what are the chances… See the pictures below. 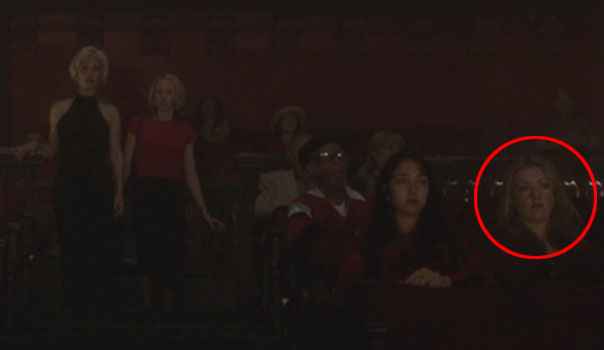 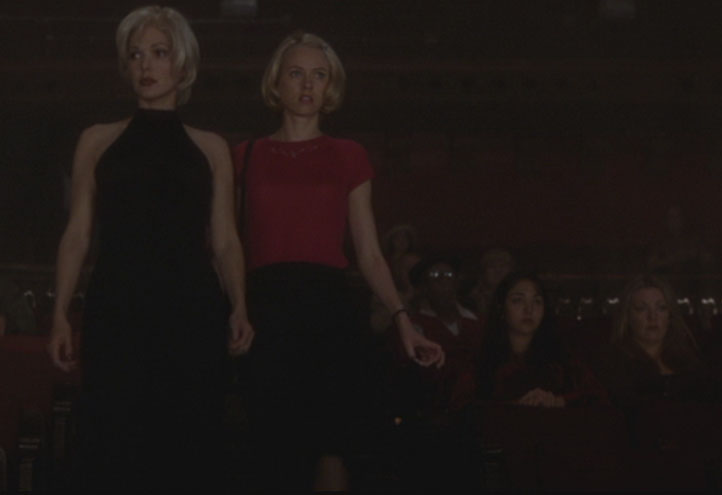 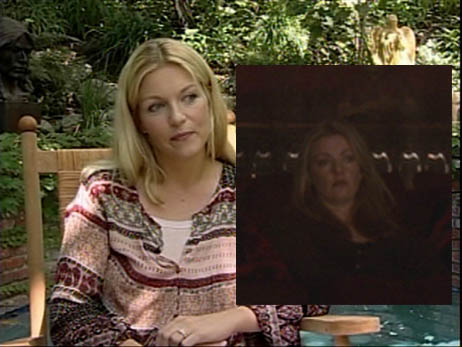 And finally a recent photo of Sheryl Lee next to the mystery woman in Club Silencio.

You be the judge…